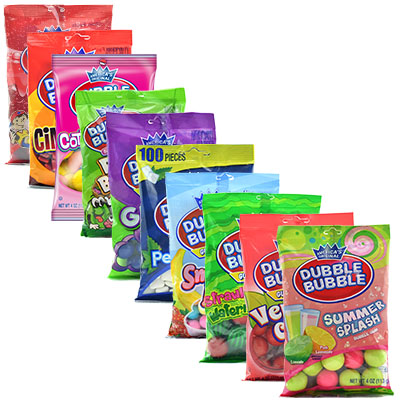 Created in 1928 by Fleer Candy Company accountant Walter Diemer (he claims he stumbled upon the recipe by accident), the gum featured comic strip featuring brothers Dub and Bub (replaced in 1950 by Pud). It grew in popularity, and was even distributed as part of military rations during World War II. It also was part of the first-ever gum five-pack (1957).